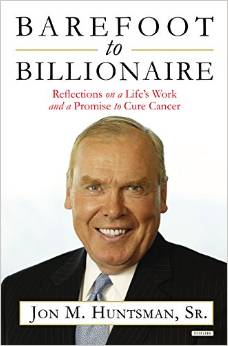 This humbling interview with Jon Huntsman Sr, founder of the Huntsman Chemical Corporation, the largest manufacturer of polystyrene in the United States and philanthropist is a fascinating insight into the personal and leadership qualities that make a real entrepreneur.

In this interview from Wharton Knowledge we are treated to the thoughts of a gentleman who really knows what it takes to be a successful entrepreneur. Jon Huntsman Sr who grew up in rural Idaho, started Huntsman Container Corporation in 1970 after leaving Dolco, because he recognised the huge opportunity to create packaging for the fast-growing fast food business. The scale of Huntsman’s philanthropy gives a scale of his success. The fact that he is one of only 19 people to give away more than $1 billion tells you almost as much about the scale of his wealth as it does his generosity. Here are the main points from the interview:

The first thing that Jon Huntsman mentions is how important belief was and is to the success of his business. He believed in himself. He believed in the team he had assembled around himself. And he believed in their products. This might not sound revolutionary, but when you consider it in the light of the point he makes next it is quite profound. His belief in himself, his products and his team didn’t just give him a warm, fuzzy feeling, it was the solid foundation which enabled him to take big risks. In an entrepreneurial enviroment this belief was the reason he could ‘lay everything on the line’ to bet on their success. Having an entrepreneurial appetite for risk and an intuitive appreciation for the quantitative aspect of business was a large factor in the success of the 36 acquisitions made by Huntsman Chemical Corporation between 1986 and 2000.

He also has some interesting things to say about what it takes to be a real entrepreneur. As he says, ‘there are very few real entrepreneurs out there’. Most people try being an entrepreneur for a year or two and then go to work for someone else when things get tough or fall apart. To be a true entrepreneur requires more than just ‘giving it a go for a couple of years’. Huntsman says that the vital ingredient in the entrepreneurial spirit is to be able to go through tremendous lows and still come back fighting. He says that his own optimism has given him great strength in this regard. He’s a “glass half full” guy, as he acknowledges.

One of the remarkable features of this interview is Huntsman’s focus on ethics, not only in the context of philanthropy but in business too. He discusses the huge role played by his upbringing in rural Idaho and how he would share his pocket money with his extended family. He talks about how his current philanthropic efforts are just a continuation of the approach he has taken since he was a boy. But he also stresses the importance of ethical business practices, into which he goes in greater detail in his book “Winners Never Cheat: Everyday Values We Learned as Children (But May Have Forgotten)“. Some of the most important things he has learned in his career about leadership have come from the examples of leaders who he has consciously decided not to emulate. The classic example he gives is that of President Richard Nixon for whose administration he worked in the early 1970s. He came out of this encounter having learned “the greatest lesson: in how not to build a business, on how not to manage people, how not to treat people”

If you’d like to access the whole of this interview, you can either watch it on youtube, download it as a free podcast or read it as a transcript. We hope you’ve found this inspiring, get involved through the comment section and tell us which bits of the interview you found most relevant. 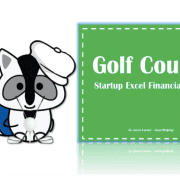 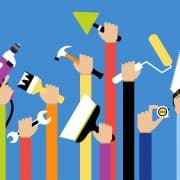 3 MUST HAVE SaaS BEST PRACTICES 💎 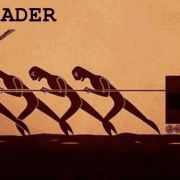 Why data-mining doesn’t have to be painful!
Scroll to top