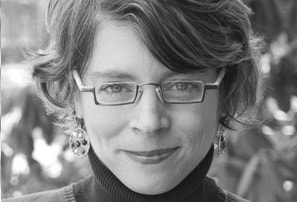 If you work in consulting or finance, run your own business or are a manager, it is very likely that you have read articles or been to conferences explicitly and implicitly sponsoring the idea of Disruptive Innovation.

However, the idea of disruptive innovation has spread well beyond the confines of business and investment.  For example, it is now common to hear educators claim that the education system needs to be given a strong dose of disruptive innovation. It has become a buzzword, not just with the live-fast-die-young startup crowd, but also at many of the more traditional, even stodgy, firms that you wouldn’t normally associate with a revolutionary ethic. There certainly seems to be an irony about the herd-like adoption of Disruption as a philosophy.

What is curious, almost suspicious, is that the concept of disruptive innovation has managed to dodge anything like the sort of rigorous scrutiny its prominence should have incurred. It has managed a near-total avoidance of critical thinking.

Perhaps in the era of the ‘Millenial’ and ‘Generation Y’ the assumption that one is a revolutionary thinker, or radical has become so passé as to become an unthinking default mode. This suggestion is lent weight by the sight of crowds brimming with reasonable conventional people at TED talks clapping and smiling at the latest ‘revolutionary’ way in which they can ‘hack’ their lives or businesses.

Perhaps, for a generation for whom all the old certainties have been swept away and for whom 50% or more of their adult life has been dominated by the meta-narrative of a financial crisis from we have not yet emerged, the idea of reclaiming disruption as a positive antidote to the negative, and seemingly uncontrollable change all around us is a soothing one.

These may be among the reasons why the Disruptive mantra has received so little criticism.

So, how refreshing it is finally to hear some dissent. Jill Lepore’s article in the New Yorker has caused a certain amount of, ahem, disruption to the concept.

Enough preamble, let’s get down to the nuts and bolts of the her argument.

Lepore starts with an express train tour of twentieth century ideas of progress and innovation, anchoring her narrative in her experience in the 1980s as an assistant to Michael Porter the HBS professor and author of ‘Competitive Advantage‘. She the goes on to describe the transition from Porter’s idea that companies sustained their advantage through investment in gradual innovation, to the more radical notion of Disruptive Innovation. This idea has echoes of the great Joseph Schumpeter’s concept of creative destruction, whereby older industries may become defunct with the advent of newer technologies and institutions. It was first proposed by Clayton Christiansen, in his 1997 book the ‘Innovator’s Dilemma’.

After centering the debate within the historical context of humanity’s theories of change, Lepore attacks Disruptive Innovation from two main standpoints.

1. She criticises its reliability as a historical explanator of change.

2. She casts doubt on its self-proclaimed predictive power.

Lepore is very skeptical about the evidence produced by Christiansen in his book and finds some serious sources of concern.

She finds the evidence he uses to buttress his claims about the power of disruption to be extremely selective. With evidence cherry-picked from a few niche industries, she is suspicious why such a grand narrative has been referenced to only a handful of industries. Even Christiansen’s own words in the books should raise eyebrows and questions about his selective use of evidence. “Nowhere in the history of business has there been an industry like disk drives”. Really? Well, if this is the case then any logical person is going to be wondering how far any analogies from this apparently unique industry can be extrapolated to other industries.

Not only is the selection of evidence dubious, but according to Lepore, the reality of the evidence itself undermines Christian’s argument for Disruptive Innovation. As she says, “Seagate was the largest company in the disk-drive industry [when Christiansen published his book], reporting revenues of nine billion dollars. Last year, Seagate shipped its two-billionth disk drive. Most of the entrant firms celebrated by Christensen as triumphant disrupters, on the other hand, no longer exist, their success having been in some cases brief and in others illusory.” Lepore finds similarly damaging truths in her analysis behind the other industries cited by Christiansen, including the mechanical digger industries and steel milling.

The failure of Christiansen and his theory of Disruptive Inovation to match its own claims of predictive power has been remarkable. The market is notoriously remorseless and unforgiving to attempts to tame it with theory. As Lepore notes, in “March, 2000, Christensen launched a $3.8-million Disruptive Growth Fund… Christensen drew on his theory to select stocks. Less than a year later, the fund was quietly liquidated: during a stretch of time when the Nasdaq lost fifty per cent of its value, the Disruptive Growth Fund lost sixty-four per cent.”. It was a rough time for tech stocks, but even compared to the index, the performance of the fund was poor.

And it is not just the market which has been unkind to Christiansen’s predictions. Commerce has been fighting back too.  In 2007, Christensen told Business Week that “the prediction of the theory would be that Apple won’t succeed with the iPhone”. Well, subsequent events seem rather to have embarassed this prediction.

The thrust of Lepore’s article is that it’s about time we sat down and had  along, hard think about Disruptive Innovation and whether this concept deserves to have such a pervasive influence given the shakiness of it’s empirical foundations.

Clearly this debate is going to develop over the comng days and we look forward to seeing how it pans out. We’ll keep you posted should there be any interesting developments.

Jill Lepore’s article, while long, is an immensely enjoyable read.  In the last few days there has been quite a stir about the utility of disruption theory with articles from the likes of Forbes, the New York Times and Techcrunch.

We hope this has been interesting and relevant for your business and we’d love to spark a debate among our readers. How do these issues affect your business or industry? What are your own reflections? Do get involved through the comment section and we’ll be along to continue the conversation.

Book Review: Bold: How to Go Big, Create Wealth and Impact the World

‘Scaling your own disruption’? Lessons from McKinsey

Useful Data Sources for the UK
Scroll to top