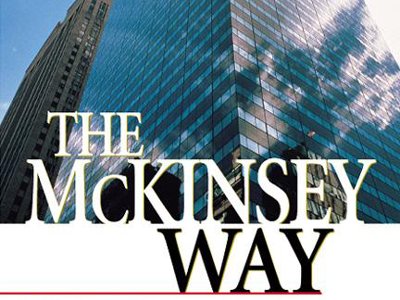 A few weeks ago the MECE framework was mentioned very briefly in the really interesting discussion we had with Matt McDonald. We didn’t have time to cover it in much detail back then so we thought it might be valuable to give the MECE framework a post of its own. In this post we’ll discuss what MECE stands for, why it is popular with top tier consultants and how it can help your business analysis.

MECE, pronouned ‘me see’, is an analytical framework developed to help you distill your business problem down into it’s key components. MECE stands for ‘mutually exclusive, collectively exhaustive’. What this means is that when faced with a business scenario for which you need to build a strategy, you must first break down the problem into its constituent parts. MECE is particularly useful for grouping and organizing information into meaningful systems. It’s a tool which allows you to create order out of complex scenarios.

The first thing to consider is how do I separate the problem out into sensible, distinct categories for analysis. For example, if you were a soccer scout and had been asked to recommend several players to the Board of Directors to sign, you would need to come up with several sensible categories which would relay the key facts about the players to the Directors.

You could try organizing the players by position. However this category would fail the mutually exclusive test because many players are capable of playing in more than one position.

Instead try to think of ‘buckets’ that do not have overlaps in which to place your data. E.g. If the scout were to separate the players by the years in which they were born, this would satisfy the mutually exclusive criterion because a player can only have one year of birth. This example shows how thinking in a MECE way can help eliminate ambiguities in your thinking.

The second question to ask yourself when using this framework is whether your list is collectively exhaustive?. In other words, do  the analytical categories that you have proposed cover all the significant aspects of the problem? Have you covered all the bases? Has any influential factor been forgotten?

To continue with our previous analogy, if you were a soccer scout you would need to know whether your list of key player attributes captured all the important information that the Board of Club Directors would need to know to make an informed decision on which player to buy. For example, You might have captured all the information relating to the player’s size, strength, age and skill, but forgotten to mention shooting ability. If the Board wanted to sign a player to score lots of goals, your analysis would have been unsatisfactory, both from a MECE perspective and from the perspective of the soccer club’s objective of scoring more goals.

How can MECE help your business strategy?

There is a good reason why MECE is considered to be part of the ‘McKinsey Way’. It’s a very helpful tool that can help ensure that you do not neglect any aspect of a problem. It also helps to enforce clarity of thinking and can dispel ambiguity. When dealing with clients or a senior figure the ability to think in a MECE manner demonstrates that you are able to think logically and constructively. It also makes it more likely that the foundations of your business analysis are sound, thus hopefully giving you a better platform on which to build your strategy.

We hope you’ve found this week’s post helpful. If you have any questions or suggestions feel free to get in touch with us through Twitter.

Conversation with Matt McDonald: Powerful CommunicationBook Review | How to Fly a Horse: The Secret History of Creation, Invention,...
Scroll to top